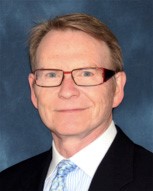 After graduating medical school and residency from Loyola Chicago Stritch School of Medicine, Dr. James Zimmerman was invited to participate in one of the first vascular fellowships offered in the US, with the prestigious and renowned vascular innovator, Thomas Fogarty, MD, where he continued in practice with him for 17 years.

Dr. Zimmerman is board-certified in Vascular Surgery and a Fellow of the American College of Surgeons. He is a specialist in both open vascular and endovascular surgery with over 35 years in private practice primarily at Sequoia Hospital. He has devoted his career to the performance of complex operations involving all aspects of the arterial circulation including surgery of the aorta, carotid arteries, the lower extremities, and hemodialysis access. As a recognized local expert in lower extremity reconstruction for both claudication and limb threatening ischemia, he is an advocate of teaching and sharing new techniques with other physicians from across the country. He has extensive experience in hemodialysis access surgery and is a strong proponent of a fistula first philosophy. Dr. Zimmerman has been involved in multiple innovative medical start-up companies in the early creation of minimally invasive therapies that lead him to be an early adopter of these new endovascular techniques.

His work and life philosophies are “why sit around when something can be done”. He has three adult children who live in Manhattan, Chicago, and Santa Monica and a wife who works in business negotiating National Contracts. His passions, next to vascular surgery and family, are playing golf and searching for classic cars.